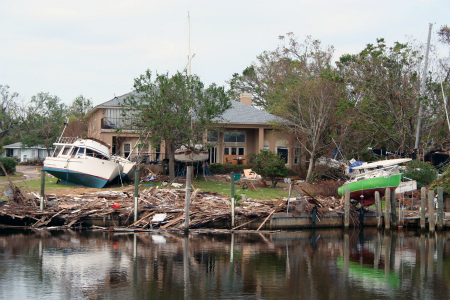 These thoughts came to me while I was tweeting with @SherriWrites at about 4a; after Hurricane Irene moved through my area.

There was a time in human history where technology wasn’t available to predict the destructive paths of natural disasters.

With meteorological advances, however, there are some things we don’t have to do anymore:

All we have to do now is turn on the television, surf over to The Weather Channel‘s website and/or download an application for our smartphone to know days in advance that we’re most likely in harm’s way and we probably need to move.

If you can’t get out of harm’s way, that’s one thing. Sometimes a storm will come on so suddenly that there’s no time to evacuate. Even with all the meteorological advances in the world, Mother Nature doesn’t show us her terrific and terrible majesty all the time.

If you can get out of harm’s way, and you choose not to, then you put other people’s lives at risk.

For the most part, the good portion of humankind values life. There are those among us who will risk life and limb to rescue a cat or dog before s/he’ll watch even someone else’s pet perish because of some natural or man-made disaster.

When people refuse to evacuate, especially when they’ve got ample time and have been given sufficient warnings to do so, they create the possibility that some Emergency Service employee could lose his/her life trying to rescue people who wouldn’t have needed rescuing had they listened to the warnings and moved to safer space prior to the disaster.

In the end, the material possessions are ruined, anyway, and their staying doesn’t change that. In our human condition, not even our strong wills are going to deter the wrath of nature, and we’ve put ourselves and others at risk for nothing.

The time Emergency service personnel could be spending to help those who did move to safer space find food/water, clothing and shelter, is consumed by those who left themselves in dangerous situations and have to be rescued. Valuable resources are diverted from those who listened and tried to do the right thing to those who decided their wants/needs were more important than anyone else’s.

Once it’s found out that someone who wouldn’t evacuate is trapped on his/her roof barefoot in shorts and a tshirt, clinging to his/her laptop and laser printer, the Emergency Service personnel aren’t going to say, “Oh, well. It’s too bad. S/he should have listened to us and got out before it got bad.”

No, their supervisor is going to send them out to rescue that person and his/her few possessions. And while the Emergency Service personnel are trying to concentrate on getting this person safely off his/her roof, s/he’ll be barking orders like, “Be careful of my laptop and printer. I’m going to hand them to you first. Don’t drop them. Watch the cables!”

It’s troubling, to say the least, that there are people who put more value on stuff than they place on their own lives and/or the lives of those who’ll be on the hook for trying to get them to safety once the storm/tornado/hurricane/fire passes through their area.

When are we going to learn?