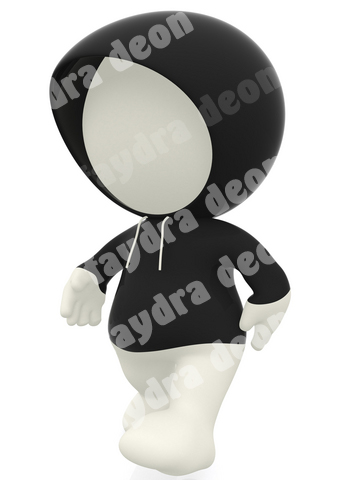 …the blame rests solely on the people whose perception is that black, brown and even poor white people, especially young men and boys, in hoodies are criminals or criminal-minded.

The hoodie has become to the young, urban male what the short skirt is to the young, urban female. This seems to be especially true when we talk about non-rich/non-wealthy young people; people who live in the inner cities or come from the so-called “wrong side of the tracks.”

The perception is that a woman wearing revealing clothing is loose and available. If someone decides to take advantage of her, then she “asked for it.”

It’s the same as saying, “If you kill a young man or boy because his style of dress (in this case, the hoodie) appears to be sinister, then he “asked for it.”

This, more than anything, was what appeared to cause the outrage from so many people at Geraldo Rivera’s comments about parents allowing their children to leave the house in hoodies.

The hoodie is an innocuous piece of clothing, just like the windbreaker, the parka or the Letterman jacket.

However, if young people from the inner city or the “wrong side of the tracks” in windbreakers, parkas and Letterman jackets start committing crimes in large numbers, then those clothing items will join the ranks of the hoodie, Timberland boots and baggy jeans. They will be associated with crime and anyone wearing one of them will be perceived to be a criminal or criminal-minded.

So the issue here is perception.

If you don’t think perception is often more real in the human mind than what’s actually true, then you really should have another think coming.

Perception is the catalyst behind racial profiling, which is essentially what many people think George Zimmerman was engaged in when he saw Trayvon Martin walking down the street.

[spoiler title=”an aside: related information”]It’s interesting that on the news today they were saying that Zimmerman claims he was just walking down the sidewalk and Trayvon Martin confronted him, but we hear the 911 tape and the operator, responding to Zimmerman’s admission that he was coming up behind Martin, suggest that Zimmerman stop following Martin and let the police coming to the scene deal with the issue. Then we hear the altercation and the call disconnects.

I wasn’t there, so I’m not going to speculate on what actually happened. I’m just relating what the media has reported thus far.

Young people don’t need to change the way they dress; whether it be the hoodie or the mini-skirt.

[spoiler title=”another aside: related information”]But let’s back up a bit…

There are some historical issues to deal with here when it comes to style of dress and even the cut of the hair.

Are you aware that many years ago in some European countries, the length of the hair of males in a family was an immediate clue as to a family’s financial status in society?

Males with low or no financial standing in the society had shortly-cropped hair while the males in wealthy families, usually those considered gentleman (landowners) had long, flowing hair. This not only served to distinguish the “haves” from the “have nots,” it was also for hygiene considerations. If you were a peasant, working the land, and only bathing sporadically, then shorter hair was better suited to your lifestyle. If you were a wealthy, landowner then you had the time and resources to maintain the upkeep of your long, flowing hair.

So take ideas like this from the “old country” and transplant them in the “New World.” People usually continue to do what has been been perceived to work well. This is true of clothing regulations. Peasants were not allowed to wear the same types of fabrics as landowners.

Are you aware that during American slavery, bondsmen and even poor whites were only allowed to have clothing made from the coarser types of fabrics while free and wealthy people could wear the softer fabrics? A wealthy person wouldn’t even be caught dead in his/her coffin, going to rot in the ground, in fabrics that were specifically forced upon slaves, free blacks and poor whites.

Back to the present…

When I was a student at Howard University, I had a History professor who refused to wear anything denim. She referred to it as “slave cloth.” Even years after the end of American slavery, her perception of denim was that it bound her.[/spoiler]

People want to put their trust in twelve jurors to get justice for Trayvon Martin; the justice they perceive that Martin deserves and only the justice system can mete out.

But think about this…